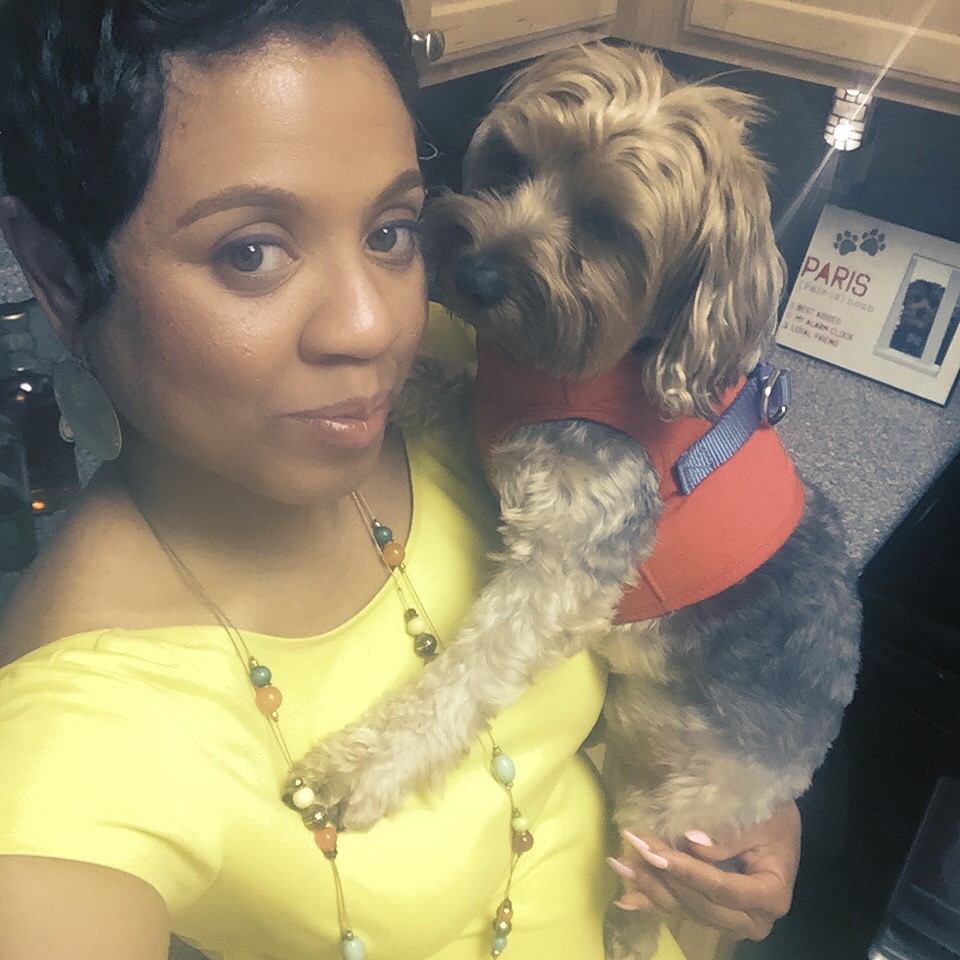 In July 2015, Marlivia discovered she had fibroids.

“It was totally vanity. I was eating right, I was exercising, I was really doing all the right things. At the time I was 35, and I worked out pretty consistently. I still wasn’t losing my stomach which didn’t make any sense. I would have these heavy periods and I just thought that was normal. I would be nauseous sometimes, right around my cycle. I just attributed it to regular PMS.”

Many women are told that period pain and heavy bleeding are to be expected. This is reinforced by media, out-of-date medical theories, and older generations who were told the same thing. Heavy bleeding and pelvic pain are signs of gynecological conditions that should be properly diagnosed as early as possible to ensure women avoid long-term reproductive health problems.

“I had planned a girls’ trip the day before my birthday to go to Miami. The night before I had the craziest pain. I went to a patient first. The doctor said something to the effect of ‘You aren’t pregnant, but there is something inside of you. I can’t give you a sonogram, because we aren’t set-up for that’, so I went for a sonogram after I returned from Miami. I was not throwing away that trip, it was my birthday weekend!”

Fibroids are benign tumors that grow within or on the uterus, and can cause heavy bleeding, pelvic pain or discomfort, bloating, difficulty going to the bathroom, and can affect fertility.

“When I came back, I immediately made an appointment. The doctor said I was going to be sliced and diced, that I had tons of fibroids, and would be down for all these months. That wasn’t what I wanted, but the doctor said I didn’t have a choice. He said this is what you are going to have to do. I said I wanted a second opinion. He recommended another surgeon. I went out to McLean for the second opinion, and realized that this doctor was affiliated with the one who referred me. I knew she was going to have the same opinion, and I felt like I had been duped.

“I was driving into work, and heard the commercial for CIGC, and I thought, I don’t have anything to lose. I called for an appointment and they fit me right in.”

Marlivia met Dr. Paul MacKoul, MD, who explained exactly what was going on with her fibroids.

“He came in and looked at the sonogram, and said ‘Ok, I know what exactly is going on.’ He sketched out where my fibroids were and told me how he would remove them. I asked how long I would be down and he said about 2 weeks. This was much different than what I had been told from the other doctor.”

Paul MacKoul, MD performed a LAAM minimally invasive myomectomy, removing the fibroids from the uterus for future fertility. The state-of-the-art LAAM procedure is only performed at CIGC. It is a hybrid technique that takes the best of laparoscopic fibroid removal procedures (small incisions) and open procedures (thorough removal). LAAM uses an advanced technique called retroperitoneal dissection, the surgeon is able to see the entire pelvic cavity, and using bilateral uterine artery occlusion, blood loss is minimal. This is an advancement over other procedures that are limited in controlling for blood loss, which limits the size and number of fibroids that can be removed. With LAAM, all fibroids can be removed, no matter the size or the number. The incision at the belly button is 5mm, no bigger than a papercut. Through the lower 1.5 inch incision, the CIGC surgeon repairs the uterus so that women who wish to maintain fertility will have a better chance of conceiving and carrying a child to term.

WHAT TO EXPECT THE DAY OF SURGERY

“The day of, [Dr. MacKoul] went over it again and made me feel so comfortable about the procedure. The nurses and the surgical scheduler were great. The day of the surgery, it took a little longer than he had expected. There were a lot of fibroids, more than were visible on the sonogram.”

The facility wasn’t cold. The people were really personable. They even remembered me when I returned for the second procedure, and noticed I had gotten my hair cut. They gave me all the graham crackers I wanted after the surgery. Apparently that’s all I wanted in life after the surgery. That and ginger ale. It was a really nice facility and they were all so sweet. I’ve been to places that have been cold and they treat you like a number. This was nothing like that.”

RECOVERY AFTER A LAAM MYOMECTOMY

‘I bounced back pretty quickly. I was up in half the time, about a week. I was ready to go. I could drive, walk my dog. I couldn’t get back to my normal exercises yet, but it hadn’t impeded my flow of life at all.

The first day was tough, because I was really groggy. After that, I was up and at ‘em, to the point where my mom was telling me to slow down. When Dr. MacKoul showed me the pictures, of all of the fibroids he took out, no wonder I couldn’t get a flat stomach. He even said, you know, this isn’t the end. There was so much, that we have to go back and make sure you don’t have any scar tissue, and make sure your fallopian tubes aren’t blocked. That was the second procedure that I came back for. After that procedure, he said everything was fine and that I could start trying to get pregnant.”

“Deep down inside, I never thought I would get pregnant. You have these doubts in the back of your mind, that he’s just being encouraging. But sure enough, now, I’m pregnant!

LACK OF KNOWLEDGE CAN LEAD WOMEN TO COMPLICATIONS WITH REPRODUCTIVE HEALTH

This is one of those things that nobody in my family talked about, but everyone in my own generation knows about them, and have experienced them. When I talked to the generation above me, it’s just silence.

There is often not a lot of comfort discussing gynecological problems with women in older generations. Today, as many women are waiting to have children until their late 30s or early 40s, versus the previous generation who had them much earlier, GYN conditions are of greater concern, and can have a greater impact on fertility.

LIFE AFTER THE SURGERY

“I noticed I had a normal menstrual cycle. I didn’t know my cycle wasn’t normal until I had a normal one. You get so used to having such a heavy cycle that you think it’s normal. I don’t cramp anymore, or get nauseous. These things you think are normal, really aren’t normal at all.”

“My primary care physician, I told her all of this, and she gave me pelvic exams. She never said anything to me. I never went back to her. Going to Patient First wasn’t my first time seeing a doctor. I had a full exam.”

Choosing a specialists for fibroid removal can ensure women have the best possible care.