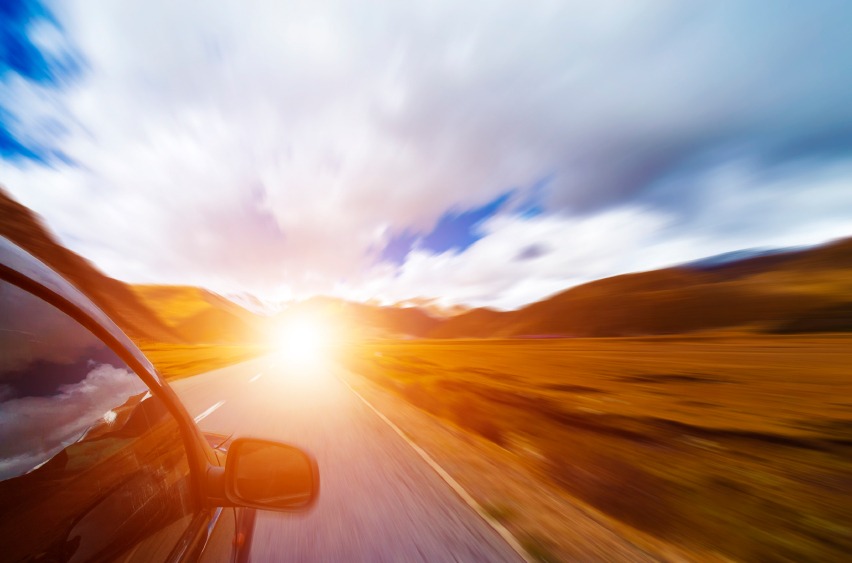 “About 10  Years ago, I was feeling some discomfort,” said Sherri C, (now living in New York, NY). “When I would lie down, I could feel a mass.”

“I had moved from FL to MD. It was my first time finding a doctor away from home, doing all of the grown up things you do when you first start out. At first, the doctor said ‘It’s a large fibroid. Unless it’s bothering you, we really shouldn’t do anything with it, but to be on the safe side, we should get an ultrasound.’”

However, the ultrasound showed that there was more than just the one mass that Sherri was feeling. At that point, her doctor recommended that it was better to have them removed to preserve fertility. Sherri’s OB/GYN at the time recommended Dr. Paul MacKoul, MD, chief laparoscopic surgeon at Holy Cross Hospital. Her own OB/GYN would be in the operating room as well, The type of procedure Dr. MacKoul would perform would only leave a small scar. Though minimally invasive surgery had been around for a while, this was still fairly new advancement.

“When I first met Dr. MacKoul, he was very thorough. He asked me about additional problems that I might have in addition to feeling the mass. I mentioned that I had heavy bleeding. I thought heavy periods were normal. It turns out, they aren’t.”

The surgery in 2004 went really well, and while her recovery was a few weeks, she didn’t have any problems. After the surgery with Dr. MacKoul, Sherri felt great, and then after several years, she moved to New York.

Fast Forward to 2015: Fibroids Often Recur After A Myomectomy

A myomectomy can remove existing fibroids, but it doesn’t prevent new fibroids from returning. It took about 10 years for the new fibroids to grow to the point where Sherri was having problems again. Her main concern was maintaining fertility, but every doctor in New York recommended a hysterectomy.

“I was going to try to get pregnant in the next year or so, and I needed to have this addressed. This time, I was living in New York. I had just started a new job in May, and I was in the process of bringing my mom to live with me. While I was in Florida getting her ready to move, I got a call from my doctor saying I was highly anemic and I needed surgery right away. While I knew the fibroids were a problem, this time it was severe, and the symptoms were worse. My doctor put me on heavy doses of iron.”

Sherri started doing research for a surgeon in NY.

Traveling To Maryland For Surgery; Back To Work A Week Later

Traveling for fibroid surgery was not out of the question for Sherri. New York came up short with minimally invasive options so she expanded her research.

“I decided to try to get in touch with Dr. MacKoul. I had researched the procedure on the website and knew that it was minimally invasive fibroid removal but, I was surprised at how fast everything was. I wanted first available. From the time I first talked to Dr. MacKoul to talking to the surgical coordinator, my surgery was scheduled for 2 weeks later.”

Raising the Bar for the Best Minimally Invasive Fibroid Removal

LAAM is a laparoscopic assisted abdominal myomectomy. It is a hybrid of laparoscopic and open procedures, taking the best of both techniques: small incisions and thorough fibroid removal. The minimally invasive specialists at CIGC developed this groundbreaking technique with only 2 small incisions: One 5MM incision at the belly button and a 1.5 inch incision at the bikini line. Patients recover from the surgery faster and are back to normal activity in days rather than weeks.

Sherri drove down from New York to Maryland, stayed in a hotel room, had a friend with her to look after her post surgery.

“The only hiccup was the pharmacy didn’t have the pain medication available, so the first night I was in bit of pain. But, I had my surgery on a Friday, and I drove myself home to New York on Monday. While I wouldn’t recommend that to everyone, the fact that I felt well enough to endure the journey home was impressive.”

“I worked at home the first week, I was back into the office the following week. I was back to normal activity in 2 weeks.”

Most patients recover from LAAM procedures in 10 -14 days.

“I worked at home the first week, I was back into the office the following week. I was back to normal activity in 2 weeks.”

“As great as he was 10 years ago, he was phenomenal this time. He removed a lot of tissue from me, more this time than last. I expected my recovery this time to be the same or longer. I couldn’t believe I was fine after a week. My cousin had open surgery a few years ago. It left a huge scar, and she is already having horrible issues. After hearing her story, I have no regrets.”

“It’s so easy for medical professionals to say hysterectomy, but if the patient doesn’t want that, there needs to be a better option.”

Sherri moved her mom up to New York from Florida over Labor Day weekend. “Any other procedure and I wouldn’t have been able to do this.”

GYN surgical specialists can often see patients sooner because they are focused entirely on surgery. Each patient gets detailed, in depth attention from Dr. Natalya Danilyants and Dr. Paul MacKoul. This personalized care helps patients understand their condition and the recommended treatment so that they can have confidence from the very start. Our surgeons have performed over 20,000 GYN procedures and are constantly finding better ways to improve outcomes for patients.

In Rockville, the Even Hotel offers CIGC patients traveling from out of town a discount on their stay. Select the desired reservation dates and click on the orange Check Availability box.