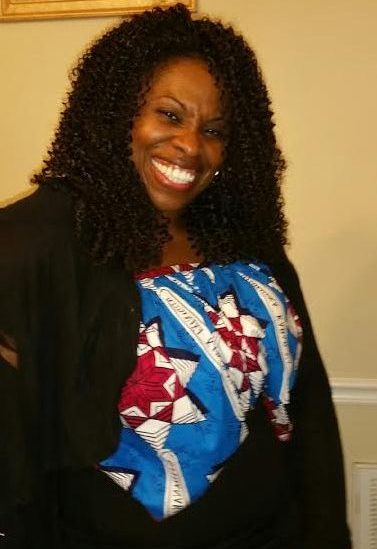 Boyenoh first discovered that she had fibroids in 2005.

“I knew what fibroids were from my Mom, but thought they were only an issue when a woman got pregnant. I was only 25 when they were discovered, so the OBGYN told me to watch and wait and see. It didn’t feel urgent.”

The Watch and Wait Method for Large Fibroids Doesn’t Work

About 30 percent of women will get fibroids by age 35, and between 70 percent and 80 percent will do so by age 50. Fibroids can trigger miscarriages, and also be a cause of infertility. Fibroids affect African-American women two to three times more frequently than white and Hispanic women. Also, African-American women are more likely to develop problems with fibroids at an earlier age, with the fibroids growing faster, becoming larger, and causing more bleeding and anemia than in women of other races.

“I would always have one day of intense pain during my period when I had to take heavy doses of painkillers. It was when the bleeding got out of control that I had to do something. In 2009, I would be on my period for weeks sometimes. I couldn’t wear certain clothes. I had to take a grocery store in my bag. I could never have a period with just a tampon. Everything had to be super or overnight. Even then it wouldn’t be enough. It started to interfere with my work. I was tired, I was losing a lot of blood. It was taking up a lot of my time. I would have to dedicate a week and a half each month to having my period on a consistent basis.”

Anemia: The Life Threatening Risks of Blood Loss from Fibroids

“I went to see a doctor at Georgetown University Hospital (GUH). I told her I wasn’t ready to have children. I thought I had plenty of time. She suggested Lupron shots as a treatment method. It was supposed to reduce the size and in turn reduce my symptoms. I remember how awful I felt while receiving those shots because it induces menopause to try to reduce the growth of the fibroids. It didn’t work. We did that in March 2010. I had hot sweats, tenderness and it actually didn’t work.”

“After that, the doctor suggested a Mirena IUD, and it was painful when she put it in. It actually did help to stop the bleeding for 5 years. I had no periods for that time. I didn’t realize at the time that there was potential for the fibroids to keep growing. I thought the IUD would just stop it in time. My stomach started growing. At first, I looked chubby, not pregnant, but in 202013, I started looking pregnant. The IUD was coming up on its term. I saw a different doctor at GUH, and she ordered an ultrasound and an MRI. This doctor said I was going to have to have surgery and she would have to cut me wide open from my chest down. This wasn’t a doctor I had used before and her information was completely counter to what other doctors had said before and I wasn’t comfortable with her performing the surgery.”

Depending on the type of surgery performed, the results can be unpredictable, leaving patients with concern over their ability to have children. Robotic or standard laparoscopic myomectomies are limited in the number and size of fibroid that can be removed. If the doctor runs into a problem, patients who think they are going in for a few small incisions can wake up with a large open incision, and no uterus. Even with an open procedure, depending on the number and size of fibroids, if the doctor cannot control the bleeding, the surgery can convert to a hysterectomy. It is important to discuss your options and your future plans with your doctor so that you know what to expect.

“After that last visit with the GUH doctor, I started to be more proactive in my search for doctors. I had a couple of consultations with doctors who claimed to be minimally invasive, and those who specialize in UFE.

Women with Fibroids Should Think Twice Before Getting UFE

FOR MANY FIBROID PATIENTS, A MINIMALLY INVASIVE MYOMECTOMY IS AN OPTION

“The Center for Innovative GYN Care wasn’t on my radar until one of my sisters told me about it. She had heard about CIGC on the radio and she sent me a text with the information. I met with Natalya Danilyants MD. My fibroids were so big, you couldn’t even see my uterus on the ultrasound. My uterus had moved up to my chest. There was an urgency now to remove the fibroids, but even with their size, Dr. Danilyants said that yes, I would be a candidate for the minimally invasive LAAM procedure.”

“Dr. Danilyants was so calm and relatable. I was amazed that they were able to schedule the surgery in a month. I had 7 lbs of fibroids throughout my system and she was able to get everything out. The scar is nothing. It’s amazing. I woke up and saw how small my stomach was. It really was like I was pregnant with the bulk of the fibroids.”

LIFE AFTER A LAAM MYOMECTOMY

“Words can’t express how much my life has changed since I had the surgery. I still can’t believe that I had that amount of surgery because the pain was so minimal. My second period after the surgery was two and a half days long.”

“I’ve always traveled even with the fibroids, but now, I plan to run for a marathon. I used to run cross country in college and high school. Now that I’m back to fighting weight, I’m training now to run the Marine Corp marathon for October this year. That’s my immediate plan.”

ADVOCATING ON BEHALF OF WOMEN WITH FIBROIDS

“No woman should have to live with the painful and long periods that I did. There is such a huge potential for the fibroids to grow. I want to be able to help other women who have fibroids understand the different options that are out there. In my research, I realized how disproportionately African-American women are affected by fibroids and I want to make sure women know their options. I want to be more vocal about this procedure in the medical community. I think a lot of doctors are well meaning, and if they knew about this, they would refer more patients to The Center for Innovative GYN Care.” 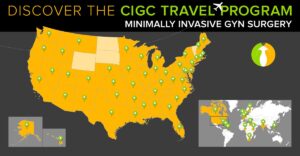