A Threat to Fertility: The Quiet Symptom of Fibroids 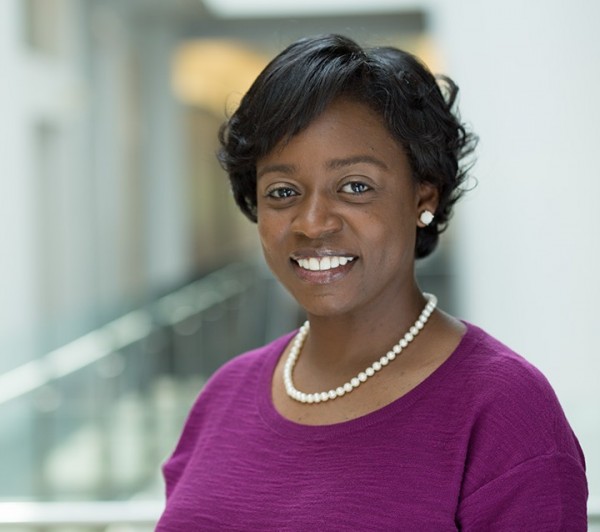 Eight years ago, Raynelle was told she had fibroids, tumors that grow within or attach to the outside of the uterus. In Raynelle’s case, her fibroids weren’t affecting her daily life. But as she discovered years later, they posed a threat to her ability to carry a baby without complications. Many women are unaware that a quiet symptom of fibroids is they can get in the way of fertility or carrying a child safely to term.

“At first, I didn’t know anything was wrong,” Raynelle said. “I did not have any symptoms from my fibroids. I would get normal period pain occasionally. During an exam, my uterus didn’t feel quite right, so my OBGYN sent me for a sonogram.”

Early detection and minimally invasive fibroid removal is the most effective treatment for women who suffer with painful, prolonged or heavy periods. However, many OBGYNs or general practitioners advise women to watch them and wait, and to let them know if their symptoms change. This can be subjective, as a patient may not know what to look for if the fibroids aren’t causing overt or rapid changes.

Barrier to Motherhood: Raising Awareness of the Fibroids Crisis

Infertility: This Symptom of Fibroids Is Not Well Known

Watching and waiting is an out-of-date approach to managing fibroids and can lead to major problems when it comes to getting pregnant and carrying a baby to term.

Fibroids are one of many possible causes of infertility. The location of fibroids, not necessarily their size, is often a major consideration. However, large fibroids can block fallopian tubes and not allow an embryo to pass into the womb, or they can create uterine distortion so an embryo is not able to properly attach to the womb. Submucosal fibroids (those in the uterine cavity) and intramural fibroids (those within the uterine muscle) are the most troublesome for fertility.

During pregnancy, fibroids can grow simultaneously with the baby. The increased blood flow to the uterus that sustains a growing baby can also feed the fibroids. Miscarriages and preterm births can occur. Depending on the placement, fibroids can cause placental abruption (when the placenta detaches from the uterine lining) and they can also create barriers to delivery if a fibroid blocks the birth canal, forcing emergency cesarean sections.

Pelvic Pain and Heavy Bleeding Are Not Normal

In many cases, fibroid symptoms can get worse slowly, and women often accept that pelvic pain and heavy bleeding are normal when they are actually signs of a complex GYN condition. Other times, and especially when there is increased blood flow to the uterus during a pregnancy, fibroids can grow very large, very fast.

“[The fibroids] weren’t causing any day-to-day issues, but each year they were getting bigger,” Raynelle said. “As my husband and I started thinking we wanted to have children, I realized I needed to get checked out. My OBGYN said the fibroids were now the size of a small grapefruit or an orange, and there would be no room in my torso for them and a baby. She recommended an open myomectomy.”

Open fibroid removal procedures can take six to eight weeks of recovery. These procedures require large incisions like a c-section, cutting through skin, fat, muscle and then into the uterus. It can be hard to control bleeding during these procedures. While fibroid removal can be thorough with an open procedure, patients experience a great deal of pain during the long recovery. Robotic or other laparoscopic fibroid removal procedures can take a long time to perform, and they are not able to remove all types of fibroids nor allow the surgeon to feel for additional tumors that may not appear on imaging. Both open and robotic myomectomies have a higher incidence of complications and often require additional surgeries to repair delicate structures.

A Laparoscopic Assisted Abdominal Myomectomy or LAAM procedure developed by the minimally invasive GYN specialists at The Center for Innovative GYN Care takes the best of both open and laparoscopic procedures for a safer, more thorough surgery that has a faster recovery with less pain. Using one small incision for the laparoscope at the belly button and one small cut about 1.5 inches at the bikini line, fibroids are able to be thoroughly removed. Blood loss is controlled by placing a temporary tourniquet at the top of the uterus. This allows the surgeon to work efficiently. The uterus is repaired by hand in layers so as it heals, it is strong enough to carry a baby to term.

Making the Decision for Surgery

“I had a friend at work who had fibroids, and had to be rushed to the hospital early in her pregnancy. From then on she had a rough pregnancy.”

“I have an analytical nature,” she said. “I went for a second opinion and that doctor said the same thing, open myomectomy, four- to six-week recovery. Then it hit me, this isn’t just a ‘to do’ to check off. It’s a big deal to have a child. At first, it was pragmatic decisions — how much does it cost, what kind of surgery, etc. Then I slowed down and started feeling the weight of what I was deciding to do.”

“My mother, my husband, my sister, my mother-in-law — anyone who had a stake in me getting pregnant — they all started doing research and talking to friends. Two separate sources recommended The Center for Innovative GYN Care. One of my mom’s work friends told her about it.  Soon after, my sister sent me information. It all happened at the right time. It was happenstance. I was not feeling great about taking four to six weeks off, and my OBGYN didn’t have a surgery date that worked for me. Plus, I was still new at my job. So finding a more convenient, less invasive approach was the perfect solution at the right time.”

Raynelle booked her consultation with Natalya Danilyants, MD, co-founder of CIGC. Her first encounter made the decision.

“Within a three- to four-minute conversation with Dr. Danilyants, I had a better understanding of how my body worked than I had after eight years’ worth of conversations with my regular OBGYN.”

“I kind of laughed when I first met her,” Raynelle said. “I said, ‘Tell me about yourself. I feel a little weird that I found you on Facebook and I don’t really know anything about you,’ but at that point, I already felt comfortable with her. It was clear that she was top notch, but she was so humble when we talked. I looked up her bio afterward and realized she had some impressive credentials as chief resident at George Washington University, where I also went to graduate school, and division chief of minimally invasive GYN surgery at Inova Fair Oaks Hospital. I was in amazing hands.” 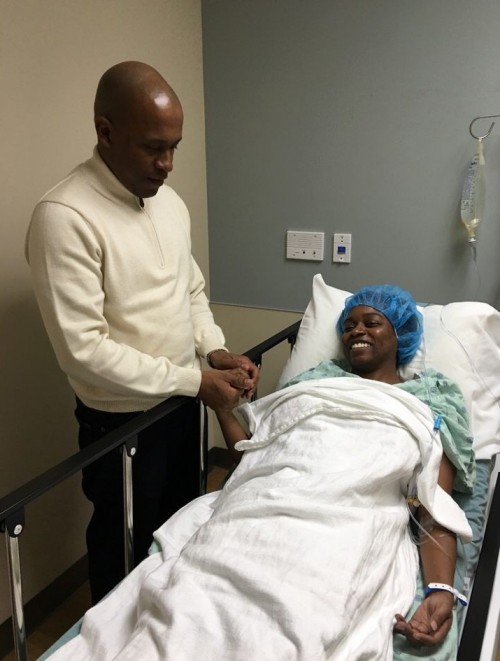 Prior to January 2015, Raynelle lived in the Northern Virginia/Washington, D.C. area for 14 years. Then she took a job in Pennsylvania and moved to New Jersey but hadn’t found new doctors yet. She also owns a company in Washington, D.C. and travels back frequently.

“I still know the area and the hospitals,” she said. “I felt more confident keeping them even after I moved away. I’m used to the drive.”

Patients travel from around the world for surgery with Dr. Natalya Danilyants and Dr. Paul MacKoul. Their modern approach to minimally invasive GYN surgery has helped thousands of women return to their lives faster.

“December 22 was my surgery,” Raynelle said. “I drove down to CIGC. I have family in the area, so I was able to stay with them for the rest of that week. I went back to work a week later. I could have gone back before then. That Sunday, I was at the Ravens/Steelers game in Baltimore. I knew about their travel program, but because I had family nearby, I was able to be with them and recover.”

A month later, Raynelle is still doing beautifully and is looking forward to trying to start a family.

The CIGC state-of-the-art specialists are available at three locations in the D.C. metro area. Virginia patients can visit the Reston, Virginia, while Maryland patients can make an appointment at our office in Rockville, Maryland.

Their personalized approach to care helps patients understand their condition and the recommended treatment so they can have confidence from the very start. Our surgeons have performed over 20,000 GYN procedures and are constantly finding better ways to improve outcomes for patients.